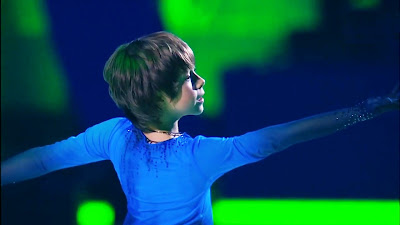 Thanks to Nikolay, I now know what figure skating will look like in Heaven.  The music Nikolay is skating to is "Don't Walk Out When In Love", performed by Dmitry Malikov.  Me ke aloha pumehana.  Safe journeys to all the fans of Angel Watchers, wherever you may be. 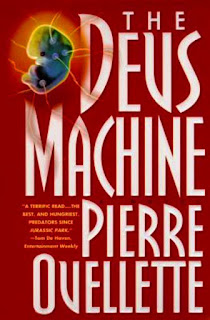 In this edition of Angel Watchers, I am featuring what is probably the most exciting techno-thriller that was ever published.  It's called "The Deus Machine" written by Pierre Ouellette.  Below is a review of the book that was featured in Publishers Weekly:

" In the year 2005, in the midst of an unprecedented economic depression that has ruined the country and brought the government to the edge of collapse, a renegade genius programs a supercomputer with an artificial intelligence (DEUS) that perpetually reinvents itself--and thereby comes "to life." But when crooked government insiders intent on making profits through chemical warfare use DEUS for their research, the machine, attempting suicide, spawns an unbelievably terrifying array of mutant life forms that begin to run wild over the earth. It's then up to an unlikely threesome--computer programmer Michael Riley, his lover, biomedical engineer Jessica and their young friend Jimi--to save DEUS (and the world) from the bloodthirsty and perpetually mutating horde. This first novel by an advertising executive reads like a glossy repackaging of contemporary action-adventure movies ( Terminator ) with video games ( Space Invaders ) and '50s sci-fi ( Them! ). There's no mistaking the good guys (man, woman and child) from the bad (homicidal pederast who makes his money in germ warfare). Still, the somber, apocalyptic atmosphere, sensational prose and intensely visual imagery are bound to appeal to science fiction and fantasy fans, particularly those who don't necessarily mind watching a rerun if it's worth a good scare."

Even though the book was written in 1994, it is not dated at all, and is still an excellent read.  You can read it for free online from the following archive.org link:  The Deus Machine on Archive.org  Safe journeys to all the fans of Angel Watchers, wherever you may be.