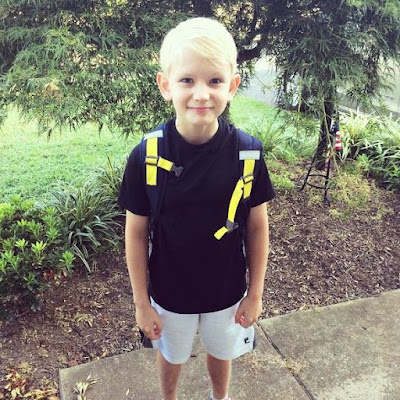 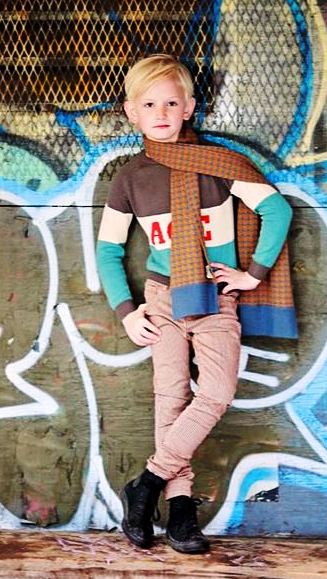 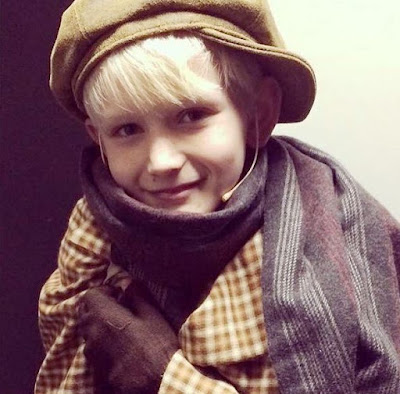 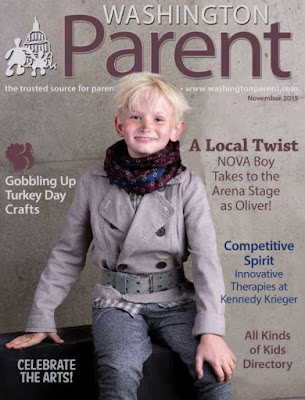 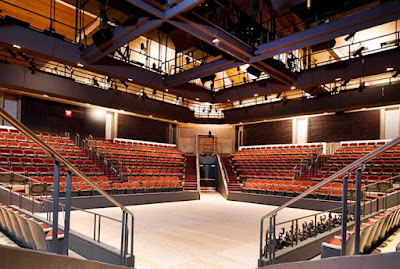 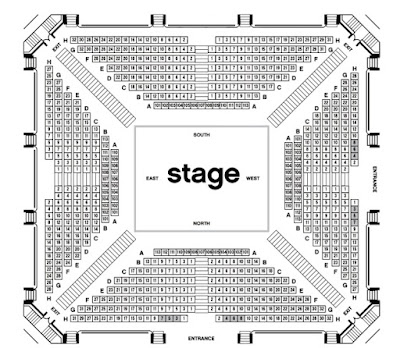 Arena Stage at the Mead Center for American Theater

Last week I had the opportunity to attend a fantastic new production of "Oliver" at the Arena Stage at the Mead Center for American Theater, located in southwest Washington D. C.  What made the show very interesting was that it had a theater-in-the-round configuration.  As you can tell from the photos above, it is a very small theater, and holds about 680 people.  The play is performed in the center floor surrounded by four sections of seats.  The play and the action is really in-your-face, as you are so close to the actors.  The seating is quite intimate, so you really feel that you are a part of the play.  Nine year old Jake Heston Miller plays Oliver, and is the star of the show.  His singing is outstanding, and he has a stage presence that is superb for his very young age.  Jake studies voice with professor Elysabeth Muscat at the Peabody Institute, which is part of the John Hopkins University in Maryland, so his vocal training is top-of-the-line classical.  Professor Muscat is the dean of voice studies at Peabody.  When Jake sang "Where Is Love", my eyes filled with tears.  His rendition was so moving that my heart just melted.  Jake's voice is strong and has unusual depth for one so young.  By-the-way, he is a straight "A" student in the fourth grade, and enjoys playing tennis.  Jake lives in Warrenton, Virginia.  I was on vacation in Washington D. C. with a friend, and our main itinerary was to visit the Washington D. C. Mall, but quite by chance I saw an advertisement in the local paper for "Oliver", and we decided that it was a must see even though the tickets were quite pricey at $122.00 each, but it was more than worth it, and was money well spent.  Getting to  Arena Stage was easy from downtown Washington D. C.  We took the Metro at Union Station, and got off at the Waterfront Metro stop, which is very close to the theater.  "Oliver" runs from October 30, 2015 to January 3, 2016 at the Arena Stage at the Mead Center for American Theater, so if you are in the Washington D. C. area, it is worth seeing.  Safe journeys to all the fans of Angel Watchers, wherever you may be.