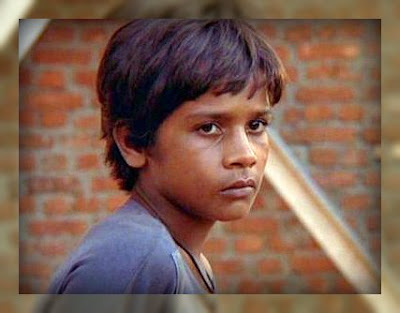 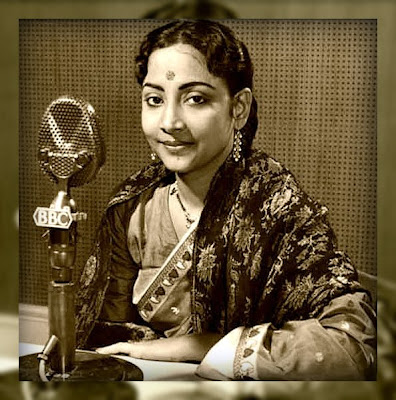 One of the coolest scenes in Mira Nair's "Salaam Bombay!" is when Shafiq Syed (Krishna/Chaipau), dances "Mera Naam Chin Chin Choo (My Name Is Chin Chin Choo)", with a young friend.  It is absolutely charming and irresistible.  Unfortunately though, few people remember where that delightful song came from.  Well, it was from the 1958 movie "Howrah Bridge", that starred the great Indian actress/singer  Geeta Dutt.  In this edition of Angel Watchers I am featuring the original version of "Mera Nam Chin Chin Choo" from "Howrah Bridge", with the immortal Geeta Dutt singing and dancing for your amazement and enjoyment.  Safe journeys to all the fans of Angel Watchers, wherever you may be. 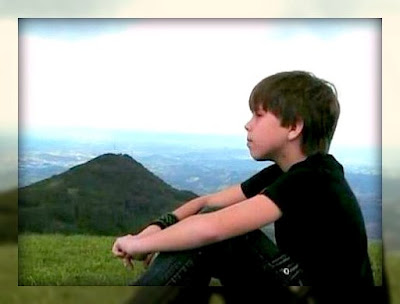 In this edition of Angel Watchers I am featuring an exciting new singer from Brazil.  Alexio Matheus Fröhlich (Theo), who comes from the city of Taquara, located in the Brazilian state of Rio Grande do Sul, is destined to become a singing star.  There is an appealing freshness in his voice, and singing style.  Alexio's version of Ben E. King's classic "Stand By Me" is very evocative, and filled with warmth.  You can find Alexio's fantastic YouTube channel by clicking on this link: Alexio Matheus - YouTube Channel  Safe journeys to all the fans of Angel Watchers, wherever you may be. 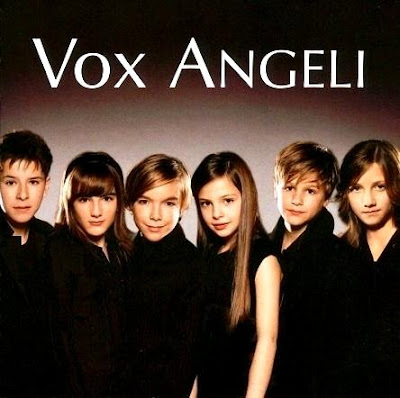 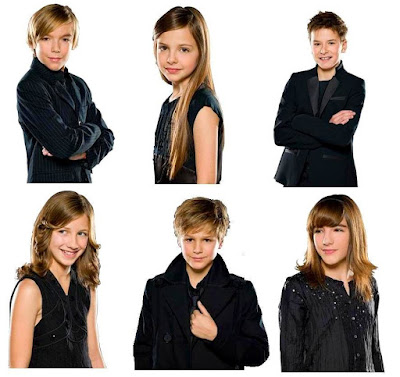 In this edition of Angel Watchers I am featuring a fantastic group from France called Vox Angeli.  In the video below they sing the beautiful "Si Seulement Je Pouvais Lui Manquer (If Only I Could Miss Him)", that was popularized by Calogero.  It was actually co-composed by Calogero, his brother Gioacchino, Michel Jourdan, and Julie D'Aimé.  "Si Seulement Je Pouvais Lui Manquer" tells the story of a man who wishes that he had a good relationship with his father who was absent in his life.  In 2005, this song was awarded "Original song of the year" at the Victoires de la Musique.  The members of Vox Angeli are, Lola Beris, Iris Lambert, Claire Conruyt, Étienne Girardin, Louis-Alexander Désiré, and Mathis De Ruyver.  Safe journeys to all the fans of Angel Watchers, wherever you may be. 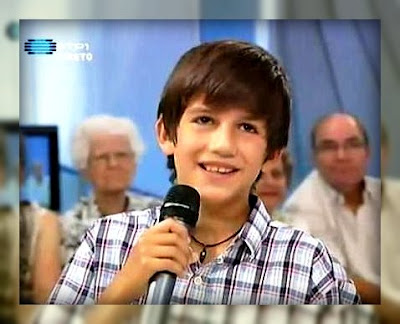 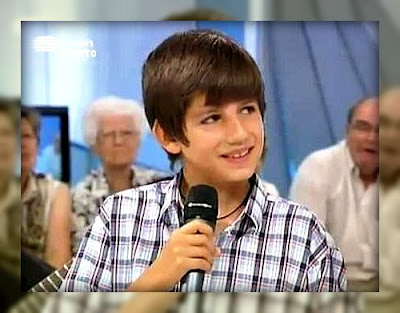 In this edition of Angel Watchers I am bringing back João Pedro Geadas, the extraordinary fadista from Portugal.  João is the new face of Fado.  In a previous post I featured him singing the beautiful "Cartas de Amor (Letters Of Love)" [see post: Extraordinária Fadistas │ João Pedro Geadas and José Luis Geadas].  Well, I just discovered João singing a new version of that same song.  It is fantastic, and I just had to share it with all of the fans of Angel Watchers.  This new video also contains a cool interview with João.  I will be following his career, and will post new videos of him as they become available.  Safe journeys to all the fans of Angel Watchers, wherever you may be. 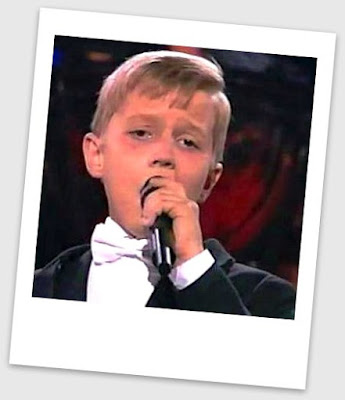 In this special edition of Angel Watchers, I am featuring Michael Junior, who is from Belgium, singing the beautiful "You Never Walk Alone".  This song was originally from the Broadway musical, "Carousel".  It was written by two geniuses of the American musical theater, Richard Rogers and Oscar Hammerstein.  I just felt that we all needed a moment of peace and tranquility because of the turmoil in the world today.  Safe journeys to all the fans of Angel Watchers, wherever you may be. 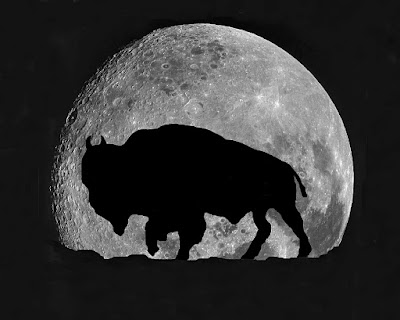 In this edition of Angel Watchers I am featuring an incredible song called "Buffalo Moon".  It was written by the Native American musical group Brule.  Please click on the video widget below for a real musical treat.  Safe journeys to all the fans of Angel Watchers, wherever you may be.

Love's Been Good To Me │ Frank Sinatra 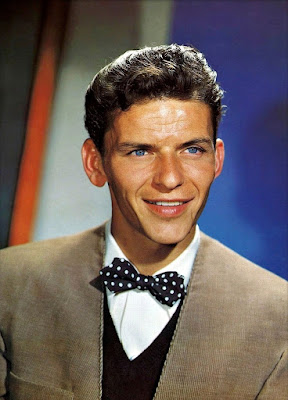 In this very special edition of Angel Watchers, I am featuring Frank Sinatra, the greatest American singer of them all.  Since this blog is mainly about music, I thought that it was appropriate, and about time, that I featured the master singer himself, Frank Sinatra.  I also did this to point out that I am an American, because I still get a lot of email from the fans of Angel Watchers, who try to guess what my country of origin is.  Many of the fans think that I am either German, Russian, or French, because I rarely present American artists on Angel Watchers.  Please let me say again, I am an American, and will always be an American.  "Loves' Been Good To Me" is probably Frank Sinatra's best song.  It was written by the American composer Rod McKuen, who by-the-way, was a close friend and collaborator of  Belgian singer/composer Jacques Brel.  "Love's Been Good To Me" speaks very intimately to my soul.  You might say that it defines who I am.  It is my personal anthem.  Please listen closely to the lyrics as it has a lot of life's lessons for all of us to learn.  Frank Sinatra ceased his earthly existence on May 14, 1998.  Safe journeys to the fans of Angel Watchers, wherever you may be. 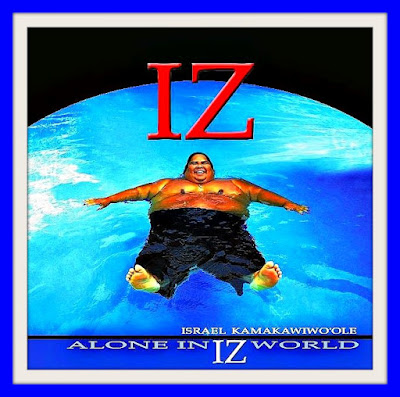 This is a very special edition of Angel Watchers, which I would like to call "From Hawaii With Love".  Israel Kamakawiwoʻole was a remarkable person and entertainer.  He was born on the island of Oahu on May 20, 1959 in Kuakini Hospital located in beautiful Nuuanu valley.  Israel's parents noticed, even as an infant, that their son had special spiritual qualities and gifts.  In his early childhood he lived with his family in Kaimuki, a sleepy little town located just outside of Honolulu.  But, as fate would have it, as a young teenager, his family relocated to Makaha located on the extreme West coast of Oahu.  It was there that he met Moon Kauakahi, Sam Gray, Jerome Koko, and they formed the legendary vocal group, the Makaha Sons of Niʻihau.  The rest, as they say, is history.  By-the-way, Makaha is one of the most hallowed places on the island of Oahu.  It is right next to the sacred Kaena Point, that Hawaiians believe to be the portal to Heaven.  Actually, I also believe that the be so.  I lived in Makaha for many years, and one of my favorite things things that I liked to do, was to ride my bicycle out to Kaena Point to enjoy the spiritual and mystical ambiance of the place.  Israel's haunting rendition of "Somewhere Over The Rainbow" is a Twentieth-Century classic.  It has been used in numerous films and advertisements internationally.  It is interesting to note that Israel's recording is very simple and honest.  It does not contain any drums, bass, or background vocals.  It's just Israel singing and playing his ukulele.  There are no pretensions, just a sort of innocent humbleness, that is so intoxicating to the ears and heart.  Singlehandedly, Israel was responsible for a resurgence in the popularity of the ukulele in Hawaii and elsewhere.  You might say that Israel helped pave the way for ukulele virtuosos like Jake Shimabukuro, to be noticed and heard.  Israel ceased his earthly existence on June 26, 1997 in Honolulu.  I am also featuring the re-mastered version of Brother IZ singing "What A Wonderful World", a song that was made famous by Louie Armstrong.  This superb arrangement was created by Jack de Mello, who is the father of Jon de Mello, the current CEO of Mountain Apple Records.  So, without further ado, please click on the video widgets below for an enchanting journey to Hawaii.  Safe journeys to all the fans of Angel Watchers, wherever you may be. 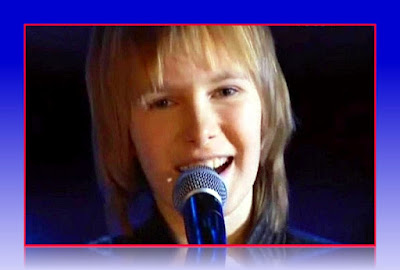 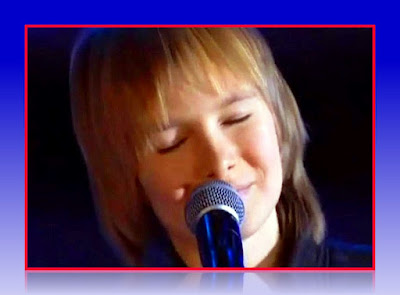 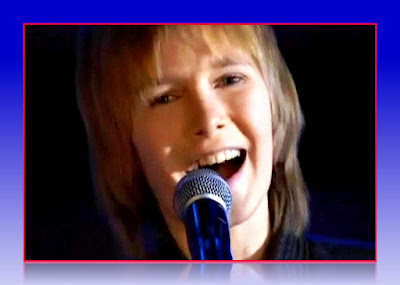 Roman Voloznev (роман волознев), who is from Minsk, Belarus, sings with so much soul, that it just breaks your heart.  Every note, every word, is full of incredible feelings.  Roman is so good, I believe that he can sing the pages of a telephone book, and make it sound haunting, and beautiful.  Now, that is talent.  Take notice of the way that Roman moves, and sways on stage.  It's graceful and full of energy.  The song Roman sings is called "Zurbagan", which is the name of a mythical city featured in the novels of  Alexander Grin.  "Zurbagan" is also the theme song of the  Russian  coming-of-age movie called "Vishe Radugi" (Выше радуги), or "Above The Rainbow".  It is actually the song that starts the movie.  "Vishe Radugi" was released in 1986.  Roman gives a very soulful performance of "Zurbagan".  Safe journeys to all the fans of Angel Watchers, wherever you may be.