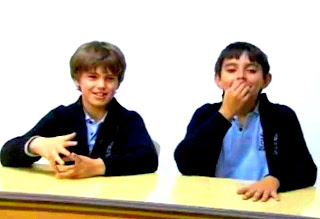 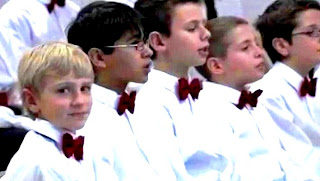 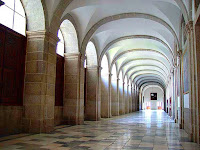 Los Chicos de la Escolanía, from the Real Monasterio de San Lorenzo, is a very special choral group from Spain.  In 1995 they had an international hit with the song "Nirvana".  They also had a very unique sound then, that was sort of a cross between Enigma, and Hildegard Von Bingen.  At that time they were known collectively as Elbosco.  Their latest hit is called "Cuando Me Vaya (When I Go)", that was recorded in collaboration with pop star Jaime Terrón, who is the lead singer of the musical group Melocos.  It is so beautiful, so plaintive, so soulful, that I wept when I first heard it.  There is a haunting harmonic tag at the end of the bridge, followed by some spoken words that sends chills up my spine.  This is what contemporary music is all about.  I am in retirement now, and I live the life of the quintessential recluse.  There are days that go by that I don't see, or speak to anyone at all.  I live alone in a small apartment in Waikiki, Hawaii.  My telephone rings, maybe once or twice a week, at most.  Outside of this self-imposed exile, and silence, it is music that sustains me emotionally, and spiritually.  Well, Los Chicos de la Escolania has turned out to be excellent company.  They fill a large void in my life.  I listen to them for hours on end.  In this post, I am featuring them performing three songs.  "Cuando Me Vaya", the beautiful "Ave Maria" by Franz Schubert, and "The Flower Duet (Sous le dôme épais)", from Léo Delibes' haunting, and mystical opera, "Lakmé".  The latter song has been featured in many movies, and television commercials.  It just so happens that I adore "The Flower Duet", and the "Ave Maria".  They are my most favorite music in the whole world.  The "Ave Maria" is a special favorite of mine, as I have a great devotion to "Our Lady Of Fatima".  In my apartment, I have a little shrine devoted exclusively to her, and to fill some of the spaces in my day, I enjoy reciting the "Hail Mary".  I used to belong to a Roman Catholic religious order, and the mysticism of the Catholic church is still near and dear to me.  There are three things that we have in common with heaven while we are still here on Earth.  They are Light, Love, and Music.  Los Chicos de la Escolanía possesses all three in great abundance.  It is interesting to note that the Los Chicos de la Escolania choir is comprised of young men between the ages of nine and fourteen, and they all live in The Real Monasterio de San Lorenzo (located North of Madrid).  The monastery was built in the 16th century by Filipe II, when Spain was considered one of the greatest and most powerful empires on Earth.  Astrologers, sorcerers, physicians and architects sought out the monastery as a supremely magical and strategic location.  The Real Monasterio de San Lorenzo has a cool website that can be found at this link:  Real Monasterio de San Lorenzo - Official Website  Escolania del Escorial has an excellent YouTube channel that can be found here:  Escolonia del Escorial - YouTube Channel  With that said, please click on the video widgets below to enjoy three selections from Los Chicos de la Escolania, the "Flower Duet" from "Lakmé", Franz Schubert's "Ave Maria", and "Quando Me Vaya".  "The Making Of Pop" video is added as a bonus.  Safe journeys to all the fans of Angel Watchers, wherever you may be. 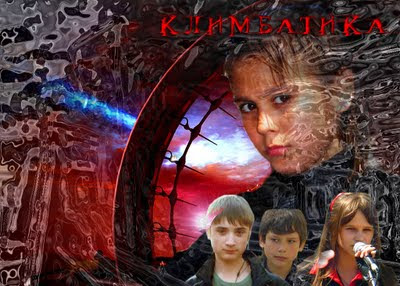 Climbatica (Климбатика) is an incredible Gothic rock group from Orenburg, Russia, a city located about 1,478 km southeast of Moscow, and very close to the border with Kazakhstan.  The group was started by Alex Belov and Wang Chaos in 2006, and since then they have been a cultural mainstay of the Russian Gothic music scene.  The music of Climbatica moves me greatly.  Even though the musicians and singers of Climbatica are quite young, their music has an unusual maturity and intensity.  It invokes all kinds of feelings on the part of the listener if you pay close attention to it.  In this edition of Angel Watchers I am featuring Climbatica singing "Я не боюсь (I Am Not Afraid)".  Safe journeys to all the fans of Angel Watchers, wherever you may be.
Posted by Endyr at 2:05 AM 8 comments: